Did solar energy cause California’s wildfires?

Did solar energy cause California’s wildfires? 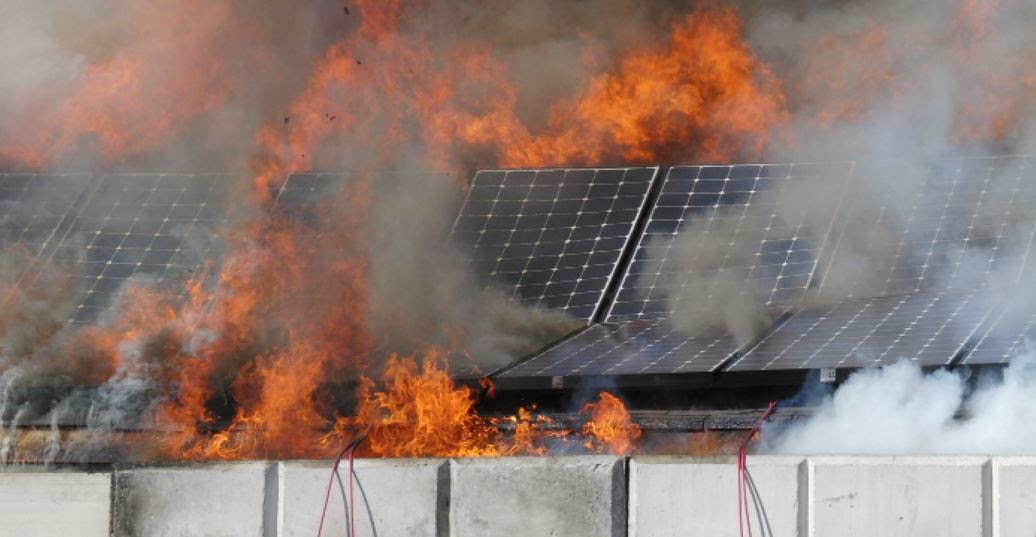 Taxpayer-subsidized, ratepayer-funded utilities on the hook for billions of dollars in liabilities point to climate change as the major factor behind the recent wildfires in California. PG&E CEO Geisha Williams argued that wildfires that devastated parts of northern California in 2018 were responsible for dry, arid conditions associated with global warming. Pedro Pizarro, CEO of Edison International, said much of the same about the 2017 wildfires that ignited in the state’s southern part.

But what if the blame does not come from climate change, but from the policies of climate change that government utilities and their benefactors favor? There is some evidence that insurance companies and California residents who have been displaced may be interested in learning more about it. As taxpayers and payers of utility rates, they all spend part of their working day financing solar energy schemes that may have led to high-pressure conditions affecting electrical equipment, which in turn sparked the fires. What’s that like?

Let’s just look at one example from December 2017, when wildfires devastated parts of the counties of Ventura and Santa Barbara. What was then called the Thomas Fire was the largest wildfire in the history of California. According to reports from the Ventura County Fire Department, the fire erupted on Dec. 4, 2017, in the Santa Paula Canyon area just south of Thomas Aquinas College just before 6:30 p.m.

The latest figures show that the Thomas Fire burned more than 280,000 acres before it ended up on Jan. 12, 2018. Over 1,000 structures including hundreds of homes were destroyed by the fire.

But a second, related fire broke out in Ojai, a small town in Ventura County, a little northwest of Los Angles. This one in the national press has not received as much attention, but it could be the key to unraveling what is actually going down with the misguided, big government policies of California. After a transformer reportedly exploded in a residential area on Koenigstein Road, that fire broke out about an hour later. Local witnesses say they’ve seen the explosion flash with the transformer on the pole, and others say they’ve heard the explosion.

Homeowners who filed lawsuits in connection with the Thomas Fire against Southern California Edison argue that the utility, which is a subsidiary of Edison International, was negligent in terms of how it maintained the power lines. One of the lawsuits filed on behalf of an Ojai couple addresses specifically the explosion of the Koenigstein Road-mounted Edison transformer on a pole. The couple in the fire lost their home.

Let’s look at the facts with a hard look.

The transformer broke out around 7 p.m. At the end of a day of sunshine. Due to the solar energy mandates implemented under former Gov. Jerry Brown, a Democrat, California’s power grid must ramp up in the evening when the sun goes down with conventional energy. This can’t be done gradually and incrementally. Instead, the power grid in California experiences what is known as a “duck curve” as solar power drops off and conventional ramps up.

So the key questions are: “Did the Thomas Wildfire cause solar power?”Were other wildfires caused?

The pressure put on the Edison transformer, and other transformers throughout the state for that matter, is not denied. Of course, correlation is not necessarily a cause. However, utilities and fire departments need to have insightful information and data related to damaged transformers and other electrical equipment. The Thomas Wildfire is a good starting point for an inquiry, but it is only one part of a larger story.

Keep in mind that in response to wildfires that broke out in 2018, Southern California Edison is also the subject of litigation filed. So far, in Los Angeles, 170 homeowners and business owners who suffered damage in connection with the Woolsey Fire that broke out in November 2018 filed suit and Ventura Counties claimed the fire was responsible for the electrical equipment of the utility. Meanwhile, PG&E has announced that it will file for bankruptcy since, according to news reports, it is now drowning under “at least $7 billion in Camp Fire claims.” PG&E has also been blamed for some of the 2017 wildfires by the California Department of Forestry and Fire Protection.

PG&E appears to be doomed without the intervention of lawmakers and regulators. The Camp Fire is now recorded in terms of fatalities and destruction of infrastructure as the deadliest fire in state history. The CEO, Williams, announced she’s stepping down.